NEIGHBOURHOOD MANAGEMENT JA welcomed Nik Ransom as our new Neighbourhood Manager for the part of the estate north of The Park. Ade Aladebola had been appointed for the southern part of our estate. NR explained that his role was almost exclusively to do with individual tenant’s problems and not part of general issues such as repairs. Peabody sought to ensure that all tenants’ contacts were via Customer Services/Peabody Direct. The Committee expressed concern at the limited role and it was agreed that JA would write to CEO expressing our concern and opposition to the division of responsibility for our estate for these functions.

EXTERNALS Reports were made of dirt and mess, hazardous scaffolding practices, failures of security and burglary, obstructive tradesmen, trip hazards, failures to keep appointments, inadequate workmanship and other problems. Agreed NW to write urgently to Peabody and Vinci.

COMMUNITY CENTRE RW reported that there had been a number of withdrawals from the committee and replacements were urgently needed. Agreed Newsletter item seeking volunteers.

TREASURER’S REPORT There had been no transactions during the month. Balance remained at £5,238.35

NORTH OF THE PARK JA reported her discussions with the police about ‘phone and internet scams. Agreed to provide copies of leaflets at Community Centre and to invite them to coffee morning.

ANY OTHER BUSINESS 1 TMG to be our presence at 5 July Drop In 2 18 July General Meeting to start later. 3 Newsletter to be out 1st week in July. 4 Peabody Family Voice were preparing a questionnaire for CEO on rent and tenure issues. Agreed to await. 5 Agreed to publicise and facilitate meetings about the cycleway proposals but NOT to form an Association view. 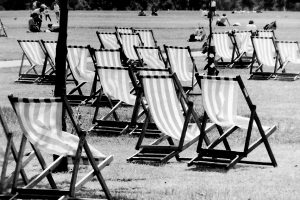